Several Atlanta Interfaith organizations banded together to issue a statement on President Trump’s Executive Order on Immigration. Below is the statement.

[Atlanta, GA] The Interfaith community in Atlanta, Faith Alliance of Metro Atlanta, Interfaith Community Initiatives and Neshama Interfaith Center, join with other organizations and individuals to denounce President Trump’s executive order barring entry to the United States for refugees, immigrants and others from several majority-Muslim countries in the strongest possible terms.

The order, an affront to American values, bars entry of all Syrian refugees, imposes in essence a religious test for entry to the U.S., and denies entry to any individual coming from a list of majority-Muslim nations –even those individuals who are lawful permanent residents or have supported our nation’s military efforts in Iraq, Afghanistan and elsewhere.

Although these measures purport to deal with the threat of terrorism, there is little evidence to support this claim. What they do, however, is to cast a dark cloud over the entire American Muslim population, making it all too clear that their significant contributions to American life are not welcomed. This impacts women in headscarves who have been the object of increased harassment and students in schools who have seen a rise in bullying in recent years due to anti-Muslim rhetoric which will increase with these policies.

We urge all of our elected officials to remember the words from Emma Lazarus’ poem, “The New Colossus” which live indelibly on the Statue of Liberty:

From her beacon-hand
Glows world-wide welcome… cries she
With silent lips. “Give me your tired, your poor,
Your huddled masses yearning to breathe free,
The wretched refuse of your teeming shore.
Send these, the homeless, tempest-tost to me,
I lift my lamp beside the golden door.

We call on President Trump to rescind this abhorrent and unconstitutional executive order. Every member of Congress must denounce its provisions, including the imposition of a religious test for entry, and urge its immediate withdrawal. Every American citizen must take every possible action to oppose this violation of America’s values. We are grateful for the legal effort of the ACLU and other immigrant rights group who are leading the court battles to stay this order and halt its implementation.

History teaches us that silence always benefits the oppressors. And so, in the days, weeks and years ahead, we will continue to work with clergy, lay leaders, interfaith and community institutions and congregations to loudly advocate and provide support for immigrants, refugees, asylum-seekers and others yearning for the refuge and opportunity for a better life that we know the United States can provide. 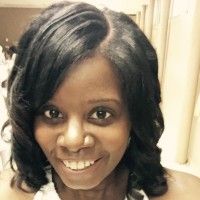 Rosemary Jean-Louis used her time and talent as the Digital Content Manager for Our Lady of Lourdes’ website from 2008-2018. She is thrilled to have been part of establishing Lourdes’ legacy online.

Lourdes in the Know

Check back here when mass begins

The Rivers Music Institute is named after the late Father Clarence Rivers. The Reverend Dr. Clarence Rufus Joseph Rivers, the first African-American priest in the Archdiocese of Cincinnati, was a well-known Catholic liturgist who contributed to the first official American mass in English after the Second Vatican Council in 1963. His hymns were reminiscent of earlier African American spirituals and led to…

The Neighborhood and Urban Stations of the Cross are traditions of the Archdiocese of Atlanta. People get a chance to follow Jesus to Calvary by walking the stations of the cross in their neighborhood. The multilingual walks include music, prayer and reflection on the social injustices of today. Here are two taking place of note: 38th Annual…